We all seem to be getting more self-obsessed by the day. Turn on your tv or open a web browser, and narcissism hits you smack in the face – everything screams ME! ME! ME!
Now this me that brought you here might help you.

So as I assured you previously here’s another article followed by my previous article “LOOSER”.

Well, my fellow readers let straight hop into the subject we’re here to talk about.I have a firm hunch about you people are already having that perfect idea for your startup business, if you are here reading this article. So how do we ignite that idea? when have we no resource, money, funds?
No worries, buckle up when you are done with this article.

Next to my Perfect idea which I had once in my mind, somehow I managed to get my uncle’s interest which led to the initial investment in my startup. Later that business failed either by hook or by crook no matter whatever was the reason behind failure, you know the worst part when a business fails?  Yeah, of course, the loss of money yet its more painful and outrageous when you make the loss of others money and trust.

Which in result made me understand about the peace of mind in having your own investment.
Its always better and burden free when you use your own money, let me know in comments what you think about this to give me a better prospective.
Anyway,  the question continues, “how do we get our own money”?

The good news is no matter how much annoyed we are to our government, our system, and to our country sometimes, however there’s still a scheme that can be availed from the government which may be yet hidden to you.

Next to when I lost hope, absentmindedly browsing over internet, I got to know about a kind of loan that government offers,  which is uncomplicated to avail.

But due to of the lack of exact knowledge as I was excited and thrilled of with this new hope to start all over again my business, I just rushed to it.
You must have heard a known quote i.e.;  “Little knowledge is dangerous”

Well have you ever met into an incident where you went into your kitchen where you found  A dish ,it could be anything, was  frying over an on the move, in nobody’s supervision  and you didn’t turn it off thinking mom have put it for some reason. While after staring at it you have no idea whether its cooked enough or not.

and later after a while you get to know it caught fire and damaged a little part of your Kitchen?

No!
this exactly what it means  by “little knowledge is  dangerous“!
Okay I accept that was a boring example!!

Similarly, I was been frauded with a group of people who claimed to get me the loan.
Which know brings me to a “NOTE”!!!
Only apply it on official websites

“What is this loan”?

Called “Prime Minister Generation Program” (P.M.E.G.P)  which allowes you to get your business loan from the government in an easy 15 days with minimal documentation and with lowest interest rate up to 4% giving you time 3 to 10 years to return it back.

“How to apply this”

Ah, its as easy as creating a facebook account. Okay okay!,  a little more descriptive form but.

other detailed eligibility Conditions of Beneficiaries are:-

That just sounds scary but its too simple as you get into it.

trust me, as I have researched myself and went for a loan to its regional office.

let me know if you want me to share you my experience what exactly happened with step by step guide what to do.

which again brings me to my next upcoming article.
“how many days will it take to get your PMEGP loan”?

Stay tuned and make sure you hit the follow button if you don’t want it to be missed.
and share it with your all friends, as it says an “A friend in need is the friend indeed”

Didn’t get me?
Need another boring example? :’)

4 thoughts on ““How to get the first investment on any business idea?””

"The deadline trick implementation"February 25, 2017
The big day is here. 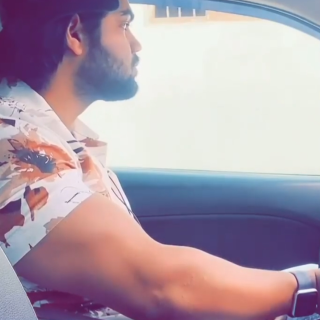 Looking for something specific?